Elisabeth A. Carlson
Associate Attorney
Back to Attorneys 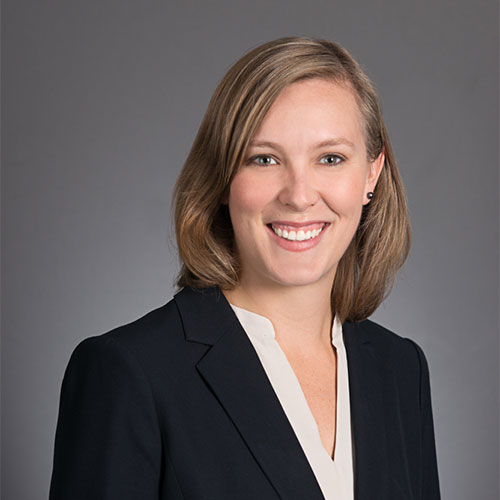 Elisabeth Carlson has been an attorney with Kempster, Corcoran, Quiceno & Lenz-Calvo, Ltd. since 2009. She focuses her practice in the area of immigration and nationality law, including family-based immigration, removal defense, humanitarian immigration (U Visas, VAWA, asylum and SIJS), and naturalization.  As such, she regularly practices before the Immigration Court, Board of Immigration Appeals, the Citizenship & Immigration Service and Consulate offices abroad.

Ms. Carlson has been selected by the Illinois Super Lawyers List in 2020 and as a Rising Star in immigration 2014-2019.  In addition to practicing law, she has served as an adjunct professor in immigration at Northwestern Law.

During law school, she worked at the Department of Justice, Executive Office of Immigration Review as a judicial law clerk at the San Francisco Immigration Court.  While obtaining her degrees, Ms. Carlson studied abroad in Chile and Mexico; she speaks Spanish.