News Article
JUL, 07 2016
Back to All Articles
Disappointing Supreme Court decision on DAPA and DACA expansion 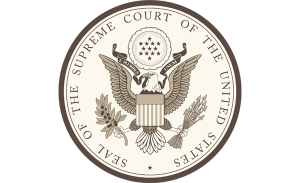 On June 23, 2016, the Supreme Court issued their split decision in United States v. Texas, the case considering the legality of the Deferred Action for Parents of Americans and Lawful Permanent Residents (“DAPA”) program and the expansion of the Deferred Action for Childhood Arrivals (“DACA+”) program. The Supreme Court’s deadlock leaves in place the lower court’s decision in favor of the states challenging the programs, which means the programs will not go forward at this time.

The DAPA and DACA+ programs would have shielded as many as five million undocumented immigrants from deportation and allowed them to legally work in the United States. The Supreme Court’s decision is disappointing, perhaps especially so considering that had congress allowed President Obama to appoint a new Supreme Court Justice the outcome would likely been in favor of DAPA and DACA+.  There remains an urgent need for smart, balanced immigration reform that brings our laws into the 21st century.

It is important to note, however, that the recent Supreme Court decision has no impact on the 2012 DACA program, which will remain in effect.